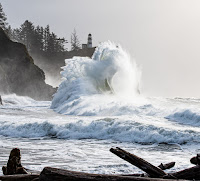 MLB and the Players Association have so far kept their word to negotiate every day this week. Sadly, the news out of these sessions doesn't really provide much hope that an agreement will be reached in time to get the 2022 season underway as scheduled on March 31. I started writing a piece on that subject but realized that I just wasn't feeling it. Even for folks like myself who write as a hobby rather than for a living, the golden rule is still to write about something that interests you. These CBA negotiations are the equivalent of watching Steve Trachsel pitching on a day that he didn't have it. They're proceeding at roughly the same pace as a bad Trachsel outing, too.

I know that real Major League Baseball games will be played again. I believe (knock wood) that it will happen not too far down the road. For what it's worth, I'm in agreement with pundits like the Post's Joel Sherman that we'll be near a resolution when Rob Manfred and the owners stop pushing for a Competitive Balance Tax that includes vastly inflated monetary taxes and severe draft pick penalties. As currently proposed, this would undoubtedly act as a de facto hard cap. I don't think MLB will abandon this current position until some regular-season games are lost, and the hardcore owners are satisfied they have maximum leverage over the union.

Of course, they probably realize that if they push the players too far, they won't get the union to agree to the expanded playoffs that the owners covet so very badly. That's why I have reasonable hopes for a conclusion that doesn't drag on for months. Still, I'd be surprised and overjoyed if we're playing baseball before May.

That's enough on that tired subject for now. As bleak as things look currently, I still feel reasonably confident that we'll play most of a Major League season this year. Beyond the monetary concessions that both sides will have to make, we know that we will have some rule changes that impact the way the game is played on the field.

It seems almost certain that the Universal Designated Hitter will yank those ineffective bats out of the hands of NL pitchers permanently. As much as I enjoy a unicorn moment such as Dae-Sung Koo's epic trip around the bases against Randy Johnson in 2005 or a once-in-a-lifetime home run from Bartolo Colon, I'm years beyond caring passionately about the subject. But there is a potential change that I do care about, which seems almost as likely to happen as the Universal DH: legislation against the increasingly radical shifts being deployed against batters.

The use of these extreme shifts has the obvious purpose of making it much harder for predominantly pull-oriented hitters to hit ground balls through or line drives over an infield to their pull side. It's quite common to see defenses line up with 3 fielders on the same side of second base, one of them playing well back on the outfield grass. It's a defensive alignment more reminiscent of slow pitch softball than the baseball that most of us grew up watching. It often creates an aesthetic akin to Sunday morning Beer League softball.

These defenses have become popular because today's hitters have become quite one-dimensional. Most major league "launch-angle" hitters attack pitchers with a single swing designed to hit balls hard and in the air to their pull side. These hitters find it very difficult to change their swing enough to take advantage of even the most ridiculously gi-normous holes on their non-pull side. Most of them can't lay a bunt down to exploit the infield areas left wholly unprotected by these shifting defenses. There's a lot of swing and miss in today's game, of course, but when balls are put in play and they fail to leave the ballpark, they more often than not are easily swallowed by these defensive shifts.

Another advantage of these radical shifts is that they do an excellent job of covering up the limited range of defensively-challenged ballplayers. As we Mets fans know, our team has our share of these players. The Mets' defensive metrics improved quite a bit after Steve Cohen bought the team and really beefed up the club's analytics department. The club employed defensive shifting much more than they did previously, and that shifting ensured that a higher percentage of balls in play became outs.

It was gratifying to witness the improved Mets' defensive efficiency last season. Still, it does offend my appreciation of the game itself that so very few hitters will attempt to make teams pay for utilizing extreme shifting. This is particularly annoying when my team's hitters meekly acquiesce to the defenses.

I remember watching a game against the Cardinals from early in the season. The Mets employed the shift against 3B Nolan Arenado. Arenado beat the shift by hitting the ball the other way. Sure enough, the Mets cut down their shifting against the Cardinals' 3B the rest of the game. I don't see Arenado play enough to know if he's willing to employ tactics to beat the shifts consistently, but it sure was effective that day. It called to mind a nagging question that I've had over the last few years as these stunt defenses have begun to predominate: isn't the best answer to these shifts developing more hitters with the skills and confidence to make an adjustment that makes the defense pay?

Creating a new generation of Major League hitters with this sort of skill would not only force opposing teams to modify their shift. Better bat handling skills would lead to more hitters being able to cut down their swing a bit in situations when they are hitting with runners in scoring position with less than two outs, particularly with 2 strikes. The increased velocity and spin rates of today's pitchers will still create plenty of strikeouts in those situations, of course, but an increased number of balls in play would undoubtedly help make the game of baseball more watchable.

Jayson Stark had a thoughtful piece in The Athletic last week on the potential implications of MLB changing the rules to limit defensive shifting. Stark makes an important point in his article that limiting shifting will bring a few singles back into the game, but it will not make baseball look like it did 30 years ago.

I thought the money quote in the whole piece was this one:

OFFICIAL OF ONE DATA-DRIVEN TEAM: "If you ban the shift, the hitters who benefit the most are those left-handed Three True Outcomes types. There’s a reason Joey Gallo loves this idea."

And that's the real crux of all this. Does baseball become appreciably more watchable if Joey Gallo hits .215 rather than .190? Because it seems to me that one perhaps unintended consequence of restricting shifts would be to make it a bit easier for one-dimensional hitters like Gallo to continue to dominate the MLB ranks. There is less incentive for clubs to develop more complete hitters. There may be a few more singles, but it won't lead to more balls in play. We'll still be forced to watch hitters like Gallo strikeout in over a third of his at-bats.

It seems inevitable that rule changes to limit shifting will be enacted. It's not that I will miss them any more than I will miss the vast majority of pitchers' at-bats. Still, I can only hope that baseball continues to work to find a way to incentivize more well-rounded hitters to make a comeback in the game. Baseball is at its best when there is a balance between power and more subtle skills like situational hitting and bat control. It will require more creativity than just legislating where fielders are allowed to be placed by defensive clubs.

Please don't show up at someone else's party just to rain on their parade. If you'll indulge me for a minute, I'd like to st...