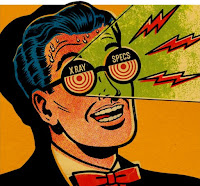 While a former New York Met waxes poetic on the vision of the Rangers' organization, things are looking just fine here with the old club.
In the olden days, hearing the Mets associated with the name of a premium free agent was almost inevitably a precursor of eventual disappointment, even before the Madoff fiasco crippled the team's finances. One of the factors that made Omar Minaya so popular with the fanbase initially was his signings of Pedro Martinez and Carlos Beltran during his first winter at the helm. I remember feeling electrified by the news of Beltran's signing, fully expecting Carlos to end up elsewhere that winter.
Those signings turned the franchise around. For an all-too-brief period, they made Queens a preferred place to be. Sadly, Minaya's magic faded, soon followed by the owners' finances. By the time Steve Cohen took over the club in November 2020, New York's National League franchise was about as favored a destination as Khabarovsk in January. The eventual cure would take one measure of spending and another measure of winning to turn things around for the Mets.
Newly appointed Mets GM Billy Eppler went on quite a spending spree last November, inking Max Scherzer, Starling Marte, Eduardo Escobar, and Mark Canha just before the lockout shut down baseball. Then the club hired Buck Showalter to be their manager the following month. The Mets were coming off a disappointing season in Cohen's first year as owner. It was clear that Steve Cohen had no intentions of enduring another. I remember thinking that the rapid-fire signings, necessitated by the lockdown, would likely be a one-of-a-kind experience for Mets fans like myself. Not that I didn't expect the Mets to sign some free agents in the future, just not at last November's frantic pace.
As you know, it took only another year before my assumption was blown out of the water. It began late in the evening of last Friday, December 2, with the sad news that Jacob deGrom was leaving town, heading to Texas for oodles of cash with a side order of vision. The Mets headed into baseball's winter meetings in San Diego with a big hole to fill in their rotation and other essential needs to be addressed. The Daily News' Deesha Thosar neatly summarized the events of the next few days in this tweet:

Mets free-agent signings since Jacob deGrom bounced for the Rangers:

In a scant few days this past week, Steve Cohen's club went on an epic spending spree that dwarfed last November's haul. First, the Mets replaced deGrom with Justin Verlander, the one available starting pitcher capable of truly replacing him, ace for ace. Then they added third and fourth starters to the rotation, an important setup man to the bullpen, and brought their leadoff batter and CF back into the fold. Oh, and they traded for Brooks Raley, finally adding a capable southpaw to the bullpen. A week after deGrom's departure left a big hole in their roster, the Mets plugged that hole and arguably just about every other hole that needed filling.

This isn't to say that the Mets are done assembling their 2023 roster. It would be foolish to wander too far out on that limb and make assumptions about what Steve Cohen, Billy Eppler, and the rest of the crew are planning for the remainder of the winter. After all, at one point, I felt pretty sure that the Mets wouldn't be able to re-sign deGrom, Brandon Nimmo, and Edwin Díaz this winter. It just didn't feel realistic. But they essentially did that, spending deGrom's cash on Verlander and re-signing the other two. Then they added José Quintana, Koudai Senga, and David Robertson to the mix. And the Mets probably aren't done — at least around the edges of the roster. It seems likely they'll add another OF to the mix, and possibly more bullpen reinforcements.

I thought Steve Cohen would spend to keep the Mets competitive while the club waits for all of its investment in infrastructure and development to pay off, but this certainly goes beyond that. While I take Cohen at his word that the ultimate goal is to build a sustainable winner, he is clearly not interested in waiting around for that to happen. The 2023 Mets payroll seems destined to absolutely dwarf the payrolls of any other club, even the ones in large markets.

Some pundits have opined that this week's spending is a result of Steve Cohen reacting to deGrom gushing over the vision of the Texas Rangers organization. I doubt that. That sounds like a George Steinbrenner move. Steinbrenner was all about the id, at least when it came to his ballclub. Cohen strikes me as more calculating — in the positive sense of that word — unlikely to be driven into an unplanned spending spree by something a former player said.

It was a combination of things that drove this spending, and it started long before deGrom chose Texas. It began with the prices for free agents soaring much higher than expected heading into the winter. The idea of staying at or around $300 million while remaining competitive with the Braves soon became unlikely. Then the Phillies really improved themselves by adding Trea Turner and Taijuan Walker. Miami's pitching always makes them a threat to turn the corner. The Mets may well have been challenged to secure a wild card spot if the payroll didn't rise significantly. Once that payroll shot way past $300 million, Cohen probably figured the club might as well go all out to try to be a real World Series contender.

Building a club heavily dependent on free agency and older players isn't sustainable, but the Mets aren't entering into long-term commitments with most of their players. Ideally, five years down the road, the roster will look more home-grown and much younger. Cohen and Eppler had two options to fully compete in the interim: spend like this or trade away every asset they could and accept that there would be a fallow period a few years down the road where the Mets retooled.

Honestly, I thought the short-term goal was to spend enough to compete, but with the understanding that the best was yet to come. But Cohen's massive investment this year and last proves that he's willing to deficit spend on a reasonably large scale to make the Mets as good of a team as possible. If Steve Cohen keeps this up, he'll make it hard even for we jaded Mets fans to find things to complain about, although I'm sure that we'll find something. But we've clearly gone from an owner who was satisfied with doing just enough to one who desires greatness. And frankly, the transition has been somewhat dizzying — particularly to old-timers like myself who have been waiting for decades for a fraction of this effort. But I am decidedly not complaining about that.

So what happens next will be fascinating. A lot could go wrong for a club so dependent on older players. I felt that manager Buck Showalter did a really good job last season rotating guys through the lineup and ensuring they had adequate time off. Needless to say, he needs to replicate that in 2023. To that end, I really believe that a good 4th outfielder will be essential. A lefty bat with some pop would be ideal. Honestly, Michael Conforto would be a great fit, but I'm sure he'll sign somewhere else where he can get a starting job. Adam Duvall is another option, but he's a RH bat (and not much of a hitter). Signing another IF and playing Jeff McNeil more in the OF is another possibility.

The internal options for a backup OF are somewhat limited. Nick Plummer, who had little success with the Mets in 2022, was granted free agency. Khalil Lee slashed .214/.330/.370 in the minors last season and still has a huge issue with strikeouts. Jake Mangum might have been a possibility, but he was traded to the Marlins. Alex Ramirez is the Mets' best OF prospect. He'll turn 20 next month and hasn't advanced out of A-ball yet. Bottom line: given the injury histories of Nimmo and Marte, I think it's crucial to have a viable fourth OF on this team. Nobody in the system is close, so a signing or a trade would be in order. Something to watch for going forward.

Speaking of trades, my initial thought when the Mets signed Koudai Senga was that they could very well look to trade Carlos Carrasco. Right now, the starting rotation looks like this:

That's a lot of depth in starting pitching. Don't get me wrong, they'll likely need all of it. If they consider trading Carrasco, I doubt if it would be just to save $14 million in salary. Not after blowing so far past the top luxury tax threshold. But given what mediocre starting pitchers are signing for this season, Carrasco's salary is very fair. Perhaps a club would be willing to give up a meaningful prospect in return. That's at least worth looking into. On the other hand, I wouldn't be in favor of trading Carlos for a generic middle reliever or two. In that case, I believe he'll be more valuable on the Mets' roster.

Despite the insanity of the past week, more remains to be done. I'm interested in seeing what happens next. I'll be writing here all winter. Please check back. In the meantime, please be well and take care.

Follow me on Twitter @MikeSteffanos, where I will never retweet ridiculous conspiracy theories.
By Mike Steffanos at December 12, 2022