Flash in the Pan, Part 1 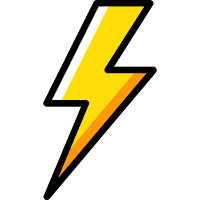 Merriam-Webster dictionary offers a definition of the phrase flash in the pan as "one that appears promising but turns out to be disappointing or worthless." The expression originated with the old flintlock muskets of the Revolutionary War days when the small amount of gunpowder in the priming pan of the weapon ignited, but the gun didn't actually fire. In baseball and other uses, the phrase describes someone who got off to a promising start but couldn't sustain it.

The 2005 Mets featured several players who, more or less, fell under this definition. In this 2-part post, we're going to take a look at them. Before I begin, I want to specify that I am in no way making fun of or demeaning these players in any way. Anyone who makes it to the Major Leagues has overcome tremendous odds to get there. They have achieved reaching the top of their profession, even if it was for a brief time. They have my respect for their accomplishment, every single one of them.

With that being said, let's begin.

Víctor Díaz came to the Mets from the Los Angeles Dodgers in July 2003 along with 2 other prospects in exchange for OF Jeremy Burnitz. The Dominican-born Díaz had been drafted by the Dodgers in 2000 and had enjoyed great success in the 2 years he spent in the LA system, winning batting titles in Rookie Ball in 2001 and the South Atlantic League in 2002.

In 53 plate appearances with the Mets that September, Díaz batted .294 with 3 HR and 8 RBIs. His 3-run HR against the Cubs on September 25 with 2 outs in the bottom of the ninth tied a game the Mets would eventually win in extras, knocking the Cubs out of the playoffs. This performance earned him a job with the 2005 Mets as the starting right fielder.

Díaz didn't completely bomb out in 2005, but his .257/.329/.468 batting line wasn't very impressive for an OF in the steroid era. He wound up with 12 HR and 38 RBIs in 89 games. His defense in the OF wasn't great, and there was the perception, for what it's worth, that he didn't play hard. I remember that I retained some hope for him busting out, but it was clear that Díaz was not a favorite of Mets Manager Willie Randolph.

Whatever hope there was for Víctor Díaz faded quickly in 2006. Xavier Nady beat him out for the RF job, and Díaz wound up going back down to Norfolk and having an abysmal offensive season, slashing .224/.276/.330 with 8 HR and 38 RBI in 103 games. The Mets finally gave up on Díaz and dealt him to the Rangers that August for catcher Mike Nickeas.

Víctor had a second, brief flash in the pan with the Rangers in 2007, swatting 9 HR and driving in 25 RBIs in only 104 AB. He only batted .240 with a solitary walk, which would turn out to be his last appearance in Major League Baseball.

After that, Víctor Díaz knocked around in the affiliated and independent minor leagues, along with time in Mexico, Korea, and Japan. He hasn't played at all since playing Independent ball in 2015. Now 38 years old, Díaz is well removed from that brief flash in the pan glory of 2000 - 2005. His tremendous hitting success in the minors never translated to MLB. His hitting approach was long on aggressiveness and short on patience, and major league pitchers took advantage of him. His defense was never good, and, as I said, there was a perception that he didn't hustle.

Víctor Díaz's Wikipedia page reminds me that WFAN host Joe Beningo was quite a vociferous supporter of the kid back in 2004 and 2005, even claiming that he would eclipse Wright and Reyes as players. I do remember that as I was still listening to WFAN at that time. In fairness to Beningo, although I wasn't as high on Víctor as he was, I remember being really disappointed that he couldn't put it together. I thought the Mets might have had something in him for a while.

Infielder Anderson Hernández came to the Mets in January 2005 in a trade with the Tigers for catcher Vance Wilson. Hernández had been drafted by the Tigers from the Dominican Republic in 2001 and took a while to become much of a prospect at all. Like Víctor Díaz, he was an impatient hitter, but unlike Díaz, he struggled to hit at all early on in his minor league career.

It wasn't until 2004, his 4th season in the minors, that Hernández managed to put up respectable offensive numbers, slashing .283/.330/.381 across 2 levels, High-A, and AA. Not great, but, unlike Díaz, Hernández was a good defender at a premium position, shortstop.

After the trade to the Mets, Anderson Hernández opened 2005 in AA Binghamton, still primarily playing shortstop. In 66 games there, he hit .326/.360/.462, still somewhat impatient but finally showing some power. That earned him an in-season promotion to AAA Norfolk, where he batted .303/.354/.379 in 66 games. It was at Norfolk where Hernández played a significant amount of second base along with time at shortstop.

He was a September call-up for the Mets in 2005 but only managed a single hit in 18 AB.

After Kaz Matsui went down to an injury in 2006, Hernández was the starting second baseman for a time, but he didn't hit much and wound up hurt himself. Like Víctor Díaz, Hernández' impatience at the plate doomed him. He had only 1 walk in 70 plate appearances spread over 2 seasons with the Mets.

His real flash in the pan in the majors came with the Nationals in 2008 after being the player to be named later in a trade for RP Luis Ayala. He actually managed to walk 10 times in 91 plate appearances with the Nats that year and slashed .333/.407/.383. The New York media tried to make much of that with the usual One Who Got Away approach, but Hernández came back to earth in 2009, slashing .251/.310/.320 in 77 games with Washington.

He actually wound up being traded back to the Mets in August 2009 and put up slightly better offensive numbers in New York. Still, the Mets waived Anderson the following March. He accumulated a little time with Cleveland and Houston the following year in his age-27 season, and those would be the last MLB at-bats for Anderson Hernández.

Hernández spent 2011 and 2012 at AAA for the Astros and the Pirates. After that, he played for teams in Japan and Mexico. His last season in Mexico was in 2018, but he still played winter ball in the Dominican Republic as of this past winter.

Thanks to his defensive abilities, Hernández enjoyed a longer MLB career than Víctor Díaz. Even though Hernández never enjoyed the hot flames of hype that briefly burned for Díaz, he proved to be a better and more valuable ballplayer over the long haul. If he could have hit just a little better, he might have enjoyed a decent major league career as a utility man.

Juan Padilla had the shortest major league career of all the guys on this page. He only had 2 seasons in the big leagues. What made him special for the 2005 Mets was that he was one of the few bullpen arms that pitched well for that club.

Padilla was drafted by the Minnesota Twins in the 24th round of the 1998 Draft from Jacksonville University. He spent 6 years in the Twins' system, all as a reliever, making it up to AAA as a 26-year-old in 2003. In September of that year, he was sent to the Yankees as a player to be named later in a trade that brought former Met Jesse Orosco to Minnesota.

Padilla made his major league debut with the Yankees in 2004, appearing in 6 games as a reliever. When the Yankees waived him in September, the Cincinnati Reds picked him up, and Padilla came out of their bullpen 12 times. Between the two clubs Padilla combined for 18 relief appearances with a 7.71 ERA over 25.2 IP. He allowed 39 H, 12 BB and 7 HR - 6 of those in his 12 appearances with the Reds - while striking out 17. Nothing in those numbers foreshadowed any sort of breakout to come.

The Reds cut Padilla loose following that season and the Mets signed him as a free agent. He wound up starting his season with AAA Norfolk, pitching quite well over 37 appearances which included, interestingly enough, the only 2 starts of his career in affiliated baseball.

Meanwhile, the Mets bullpen was struggling mightily. Closer Braden Looper was pitching his way out of New York, and the only 2 setup men pitching well were converted starter Aaron Heilman and 40-year-old reclamation project Roberto Hernandez. A cast of characters including Heath Bell, Mike DeJean, Manny Aybar, Danny Graves and Royce Ring were stinking up the joint on a regular basis.

Desperate for another decent reliever, the Mets called up 28-year-old Juan Padilla from Norfolk. His first appearance with the big club was July 17, 2005 at Shea against the Braves. He came in the game in the 7th in relief of Pedro Martinez with an 8-0 lead, and pitched a scoreless inning in an eventual Mets win.

Padilla pitched in relief 5 more times that month for the Mets, allowing only a single run over 9 1/3 innings, including a save against the Padres. With a bullpen as bad as the 2005 Mets 'pen was, Padilla earned an important setup role.

There were some red flags, however. His K/9 rate was only 4.2, and allowing 0 HR after being pounded the year before seemed rather fortunate. As a matter of fact, in The Hardball Times author David Appelman made an argument for Padilla being one of the luckiest pitchers in baseball for the 2005 season, citing, among other things, a really low BABIP of .219.

I kind of bought into him and thought Padilla had a chance to win a seventh inning setup role with the Mets in 2006. Looking back, I think I was wishful thinking quite a bit. With so many bad performances out of the bullpen that season I was a little too eager to buy into Padilla's 2005 performance.

We'll never know how it would have gone for Juan Padilla, because he never pitched in 2006. He needed Tommy John surgery in March and never pitched in the majors again. He didn't even pitch again in the minors until 2008, then pitched in Independent ball and Mexico though 2011. He last pitched as a 35-year-old in the Puerto Rican Winter League in the 2012-13 season.

According to his Wikipedia page, Padilla teaches baseball in Manchester, Maryland, where he apparently also is a Principal Computer System Analyst at Northrop Grumman. While I'm sorry her never got the chance to follow up on his terrific half-season with the Mets, I'm glad to see that he's doing well. In 2005 he was a rare ray of light in a very ugly bullpen.

I'll be doing a second part to this post either tomorrow or over the weekend, depending on how the news breaks. I have 3 more flashes in the pan who played for the 2005 Mets to talk about, although all  3 of them enjoyed longer playing careers than the 3 discussed today.

Stay well, everyone. We'll be back tomorrow.


My Series on the 2005 Season:
A Celebration of Mediocrity
The Year of Pedro
The Goats of 2005: Braden Looper
The Goats of 2005: Kaz Matsui
Great Games: June 11, 2005 Mets vs. Angels
Beltran, Then and Now
We Can Be Heroes, Just For One Day
The Year We Said Goodbye
Flash in the Pan, Part 1 (This Post)
Flash in the Pan, Part 2
Walking the Ballpark
Out of Nowhere
A Pyromaniac's Delight