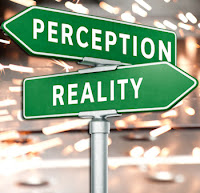 Steve Cohen and the Mets have dramatically reversed last fall's negative coverage and the perception around baseball that the Mets were an organization in trouble.
As the New York Mets continue their preparations for the 2022 season, it's startling to see how the perception of the team has changed since last fall. Unfortunately, as has become all too common in recent years, the Mets were again spectators in October while other teams vied for a championship. Steve Cohen's first year as owner of the Mets was a disappointment — not only to fans, but I'm sure to the man himself. Mistakes and missteps were definitely made, but the local and national media were engaging in a frenzy of negativity in their coverage of the team. Much of that negativity was overblown and unfair.

Back in November 2020, Sandy Alderson and Steve Cohen got off to a rough start searching for a President of Baseball Operations. They were surprised by how many of their candidates declined to interview or were denied permission by their clubs. They had to pivot to finding a lesser name to be GM. The initial reaction was quite positive when they selected Jared Porter for the job. Then old allegations of serious sexual harassment came out, and the Mets were forced to fire Porter only a month after hiring him. The Mets were rightfully criticized for failing to properly vet their new GM. Still, it's important to note that the harassment happened when Porter worked for the Cubs. He was subsequently hired by the Diamondbacks as a Senior Vice President and Assistant GM, and they also failed to unearth the incidents with Chicago.

After the Porter debacle, stories came out about Mickey Callaway, whom Sandy Alderson had hired to manage the team in his time as Mets GM. Callaway had a track record as a serial harasser of women going back to his time as Cleveland's pitching coach. Of course, Calloway had come and gone before Steve Cohen bought the Mets, but the Alderson connection was the hook for the media to lump Callaway's antics in with the Jared Porter story. More things came out about the Mets organization's shameful history dealing with women during the Wilpon years. Despite the problems in other organizations, this all became primarily a Mets story rather than a baseball story. Porter's history with the Cubs and Callaway's in Cleveland and Anaheim were all but ignored.

The Mets could have at least made strides in changing the perception of the organization with a successful season on the field, but injuries and underachievement led to an awful August and September. For the 13th time since the turn of the 21st Century, the Mets would finish under .500, out of the playoffs for the 18th time. For the icing on the cake, September also featured acting GM Zack Scott being charged with DUI and being suspended by the team. In Cohen's first year, almost nothing had been accomplished to rewrite the "same old Mets" storyline.

After the season ended, the team began a new search for a PBO. The names being bandied about by the media — Theo Epstein, Billy Beane, David Stearns again — were all extreme long shots to take the position. Yet when none did, it was trumpeted in the media as another failure. Then some lesser names declined to interview or were again denied permission to speak with the Mets. Stories were written blaming Steve Cohen's tweets and stated desire to win a title for the failure to land a dream candidate.

One article from the Post's Mike Puma even quoted an unnamed (of course) former MLB executive, "In one year the value of the team has gone backward significantly." In the article, other quotes from this mystery executive stated that the team appeared to be in disarray and described Cohen's tweets as a "huge issue." Seriously, was this former executive named Jeff Wilpon, by any chance?

But Puma's story was only one of many in this same vein. For a time, Sandy Alderson's son Bryn, who had been promoted to assistant GM, became a focal point of speculation. What little I had previously read about Bryn Alderson led me to believe he was respected in the game and not just a beneficiary of nepotism on his father's part. Moreover, I have serious doubts that Steve Cohen would for a minute allow Alderson to promote his son to an important position if the promotion wasn't merited. But several stories came out from different sources questioning Bryn Alderson's advancement and whether he was promoted to serve as a spy for his father into the regime of whoever was hired to be GM. I never saw a single concrete accusation against Bryn Alderson in any of these pieces, just a lot of truly unfair and unsupported nonsense.

All of this peaked in early November 2021. Then on November 18, the Mets hired Billy Eppler as their new GM. While Eppler made some serious mistakes as GM of the Angels, he was still a solid hire.

Eppler's first order of business was to add some talent to the roster before the lockout began on December 5. 2021. With the support of Steve Cohen, Eppler spent lavishly on outfielders Starling Marte and Mark Canha, along with infielder Eduardo Escobar. Then, just before the lockout shut everything down, Eppler came to terms with Max Scherzer. No one was predicting Scherzer to land with the Mets. His signing made it clear that Steve Cohen and the Mets meant business.

While the lockout brought player acquisition to a screeching halt, next up on the to-do list was hiring a manager to replace Luis Rojas. Rojas was a good man but was clearly in over his head as a first-time manager in the huge New York market. Rojas never seemed to be in complete control of the team, which became a big problem. It was clear that the Mets had to hire someone with the pedigree and gravitas to take control. Employing Buck Showalter was a no-brainer. He was clearly the best fit available for the job.

As spring training games are set to start with the season itself only three weeks away, you may have noticed you no longer see endless stories about Mets dysfunction. Bryn Alderson has returned to being a solid baseball man who doesn't attract media attention. Whoever the former MLB executive is who Puma chose to quote so extensively in his article has gone back to chasing neighborhood kids off his lawn and yelling at clouds.

The Mets are a solid playoff contender no longer handicapped by penurious ownership. Sure, things could go wrong again like they did last season. Much depends on fragile arms and some guys rediscovering their hitting strokes. But Mets fans, much beleaguered last fall, have tons of reasons to feel optimistic about the upcoming season and the future of their team.

As bad as things looked when the CBA negotiations were at a virtual standstill, we get to see our Mets play a full 162-game season — even if we do have to wait an extra week for it to happen. And we have as good of a chance as anyone to see our team play deep into October. Finally, at least for the time being, we no longer have to endure a media frenzy of negativity. We Mets fans can enjoy the joyous promise of a spring and a team built to win with someone who gives a sh*t signing the checks. Life is good.